In 2007, Melissa got involved in coaching with Special Olympics as part of an 8-hour practicum requirement for a university course she was taking in adapted physical activity. Special Olympics was in need of swim coaches and at the time, she was a swim instructor. From the moment she stepped on the pool deck, she was hooked!

Getting the opportunity to work with Team Canada athletes and take part in an international event where she saw the world’s best athletes compete against each other, was one of Melissa’s most noteworthy coaching experiences that she hopes to experience again in the future. Melissa has many memorable moments from her major Games experiences. Whether it’s watching the athletes make improvements in their skills over time, making personal best times in the pool, getting on the podium for a medal, overcoming nerves, or just making new friends and having new experiences -she has enjoyed every opportunity to work with high-level athletes. She’s most proud that she has the opportunity to work with an athlete from the beginning and get to watch them learn, grow and improve over the years, and then go on to great achievements.

This is why Melissa coaches. She enjoys helping others realize their potential and work to achieve it. She believes that sometimes all it takes is a coach who realizes what you’re capable of before you even realize it about yourself. Fun is the key – and that if you aren’t having fun and enjoying what you are doing then you aren’t going to find benefit in it long term. This was true for her as an athlete and it’s something that she strives to give back as a coach. When reflecting on her time leading up to the 2022 Canada Summer Games, Melissa says that it was like nothing she’d ever experienced before. Learning how to coach athletes for swimming without the use of a pool, due to the pandemic, was a huge challenge that she struggled to deal with. She spent a lot of time worrying that she was failing her athletes. But they worked as hard as they could and showed it in the pool! The team earned personal best times and demonstrated huge improvements in their skills – including Team Manitoba’s ‘Golden Gal’, Teagen Purvis. Melissa is so grateful for her Games experience, and knows her team and fellow coaches put her in the best position to succeed. Joey Johnson has been involved in wheelchair basketball for almost 40 years as a player and a coach. His coaching journey began at home in 2001 when his brother Bill, asked him to co-coach Team Manitoba’s wheelchair basketball team in its final tournament of the year. From there on, Joey coached multiple summer camps and… 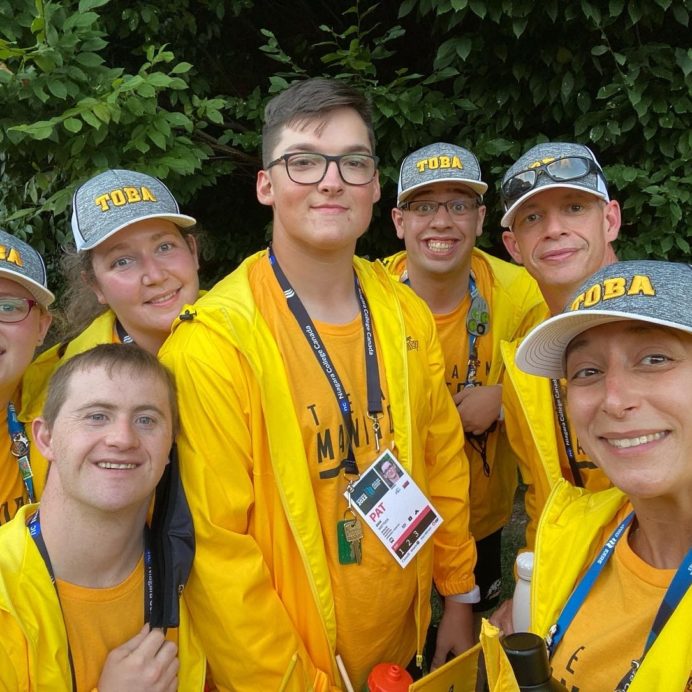 In 2007, Melissa got involved in coaching with Special...