It is that time of year again, where we get the opportunity to showcase this year’s class of Hall of Fame inductees. Over the next several months, we will highlight these extraordinary individuals and teams as they take their place as Honoured Members. Domination is a word that gets thrown around in sports too easily, but in this case, that is exactly what Ruth did in the 1980s as a star volleyball player.

Born in Winnipeg, Ruth started playing volleyball at a young age. In 1979 at 16 years old, she was a member of Team Manitoba and competed as one of the younger athletes at the Canada Games. Here, she helped her team win the gold medal over powerhouse provinces Ontario, British Columbia, and Quebec. Four years later, she captured gold once again at the 1983 Western Canada Summer Games and was named the MVP.

In 1982, Ruth’s remarkable university journey in volleyball took off. As a freshman, she was named the University of Winnipeg’s Athlete Of The Year and was selected as a GPAC all-star. The latter, she managed to accomplish in all her five years in school. During her university career, she helped her team win the national title three times, earned MVP honours at the 1985 nationals and became a five-time CIAU All-Canadian. Ruth left university with a bang and was named the Canadian University Women’s Volleyball Player of the Year in back-to-back years.

Ruth represented Manitoba and Canada at many tournaments. Her club team, Prairie Blue, won back-to-back Senior Women’s National Championships in 84′ and 85’. At the junior level in 1980, Ruth was a power hitter and helped her team win the NORCECA Championships that year over Cuba. To date, this is still the only gold medal a Canadian women’s volleyball team has ever won at the NORCECA Championships. She eventually graduated to the senior national team and played on it until 1990. 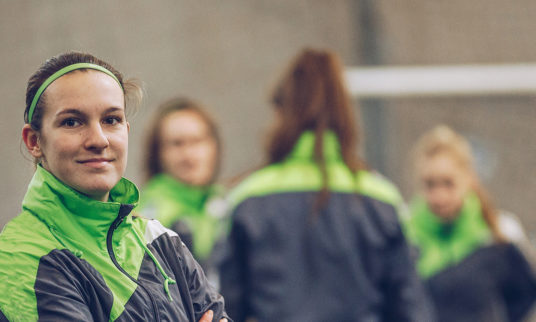